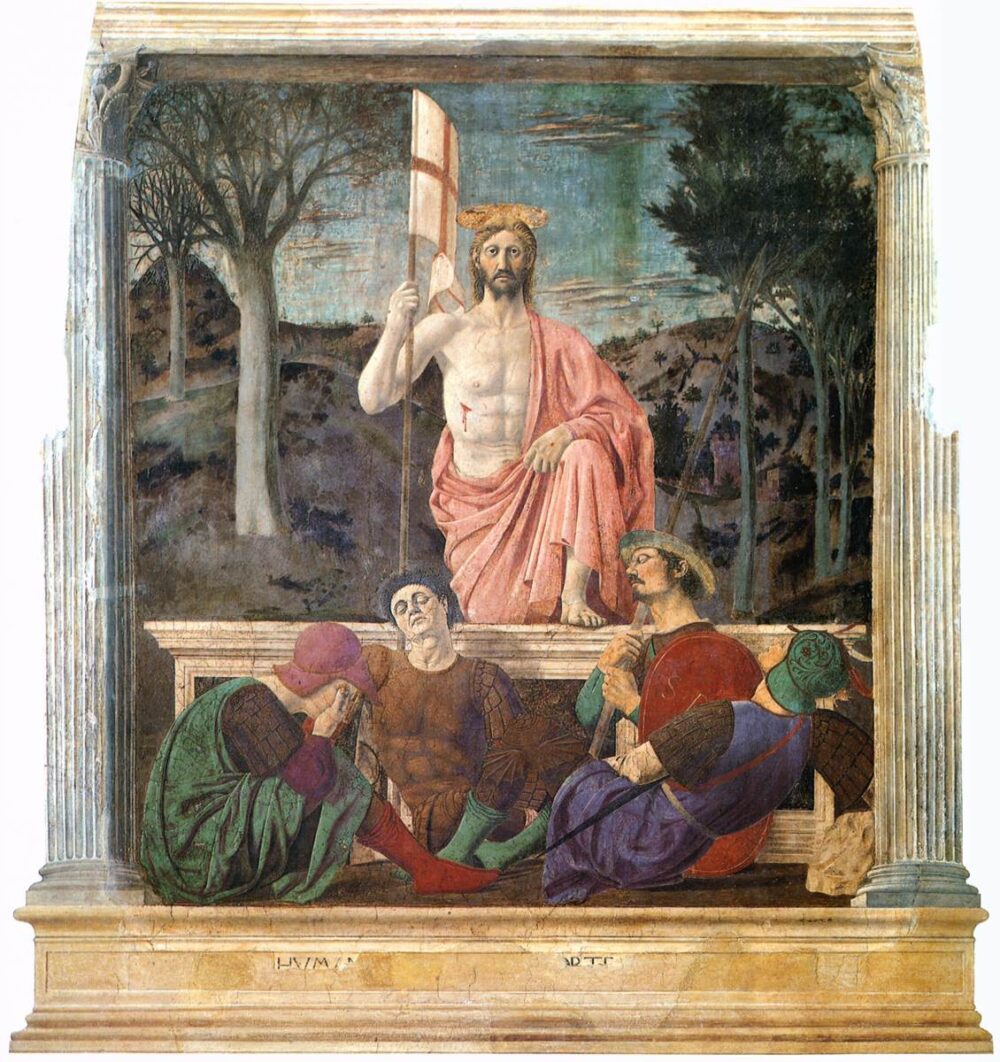 Painter Piero della Francesca (c. 1415-1492) was born in modern-day Tuscany. Known as a great mathematician, his paintings are characterized by their serene humanism as well as their use of geometric forms and perspective. This fresco of Christ’s resurrection was painted for the town hall of Sansepolcro.

Banner in hand, Christ rises out of the tomb, over the sleeping soldiers. His stance is triumphant, and his powerful gaze penetrates the viewer. While the landscape is bleak and bare on Christ’s right, it is flourishing on his left: the stark contrast alludes to the renewal of humankind through Christ’s resurrection.

This Easter season, may the promise of salvation through Christ’s resurrection renew us and give us hope.

If you wish, sit quietly with the picture and reflect on the following question:

What does Jesus’ sacrifice mean for me?

The post Christ is Risen! appeared first on Living With Christ.

The post Christ is Risen! appeared first on Bayard, Inc..

Consecration of the United States to the Blessed Virgin Mary, Mother of the Church, in time of Pandemic
Comments are closed.